2019 | Newsroom installation
4-D News consists of two interactive news formats that put recent media spectacles in a broader context. Navigating the timeline with a physical arrow reveals how quickly the style of reporting and the meanings of events have changed in only a few years. Here, news consumers become news explorers instead.

What if we understood history not as a linear story, but as one of versions, loops and correlations? Which alternative media formats are required to counterbalance today’s news feeds that only display content in the light of recent events, making the journalistic landscape easy prey to polemical spin? 4-D News is both an experimentation into news formats, as well as a research method that explores the development of entire news stories – highlighting subtle changes and recurring patterns over the years. Inspired by cubism, where multiple sides of an object were seen simultaneously, the dynamic interfaces allow to deal with past and presence on the same canvas.
1) An “Updating Article” dynamically evolves as visitors pull a physical scroll bar up and down, browsing the story along a timeline: Bits and pieces of over 20 original articles by the Süddeutsche Zeitung appear, disappear and replace each other, revealing meta-narrations of the coverage. The article revolves around Angela Merkel’s famous phrase “Wir schaffen das” (“We can do this”, 2015), which became a touchstone for migration politics in German media. Interacting with the article shows how over the course of four years, the meaning of this sentence has shifted fundamentally from “Can the EU accommodate more Syrian refugees?” to “Can Germany integrate Syrian refugees into their labour market?”
2) “Geo-News” displays the changing perception of the Syrian city of Aleppo over the course of the conflict. With a physical time-slider, one can navigate through video-material of (Dutch) media coverage on Aleppo from 1990 up to 2019. Comparing point of views of different times, users can debunk inconsistent and lopsided coverage and start to question media framing(s). How come that recent reports on demolition, war and distress in Aleppo easily buried memories of an overall peaceful and culturally vibrant Aleppo of 2008? 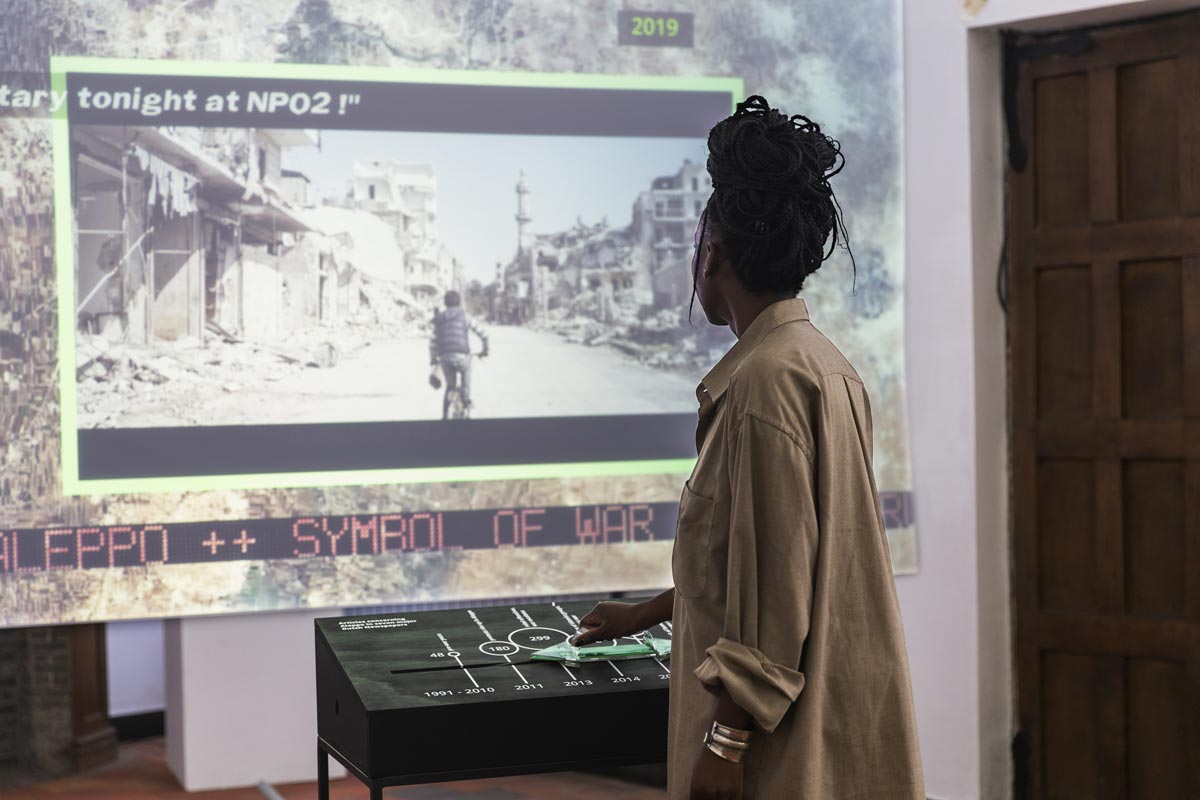 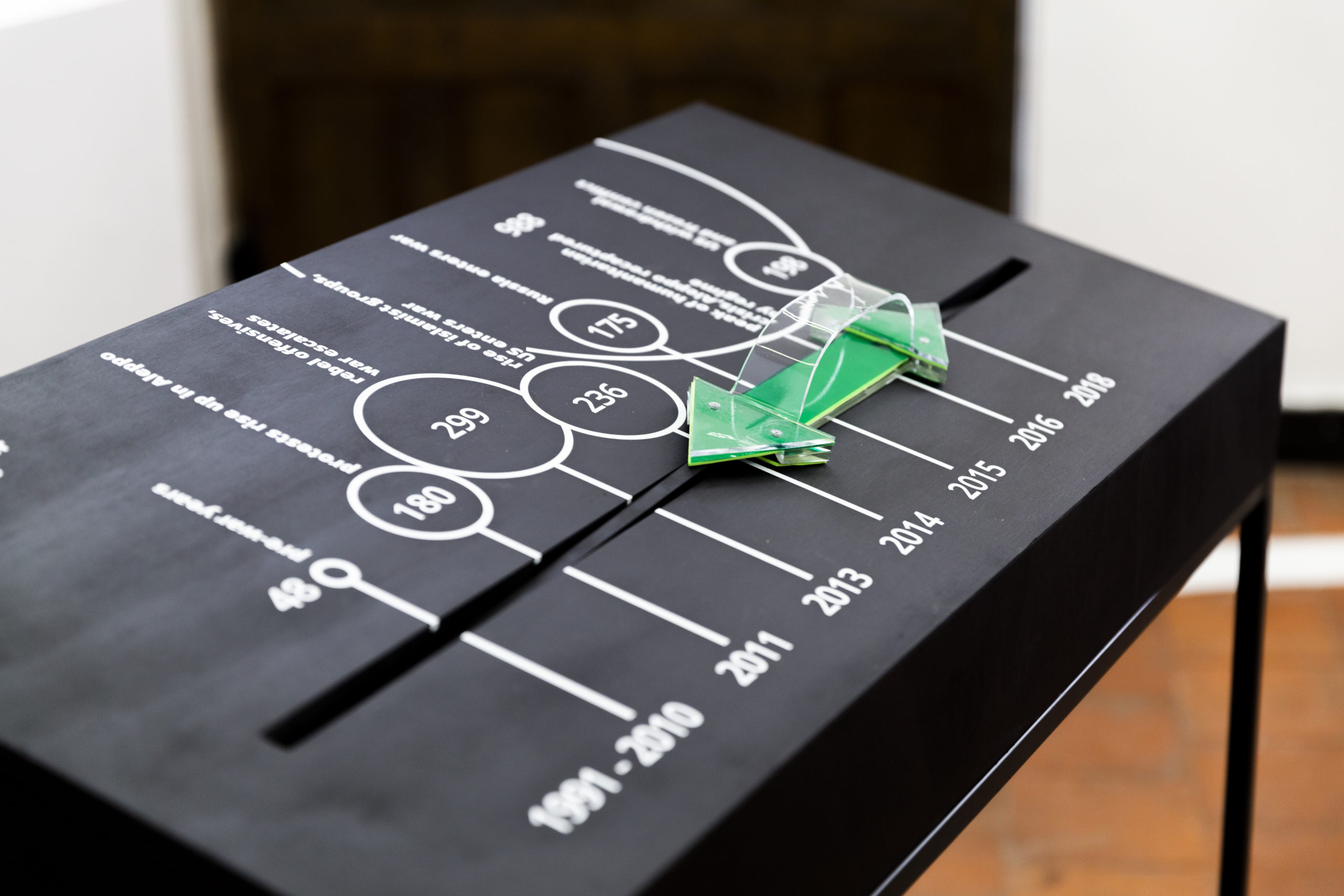 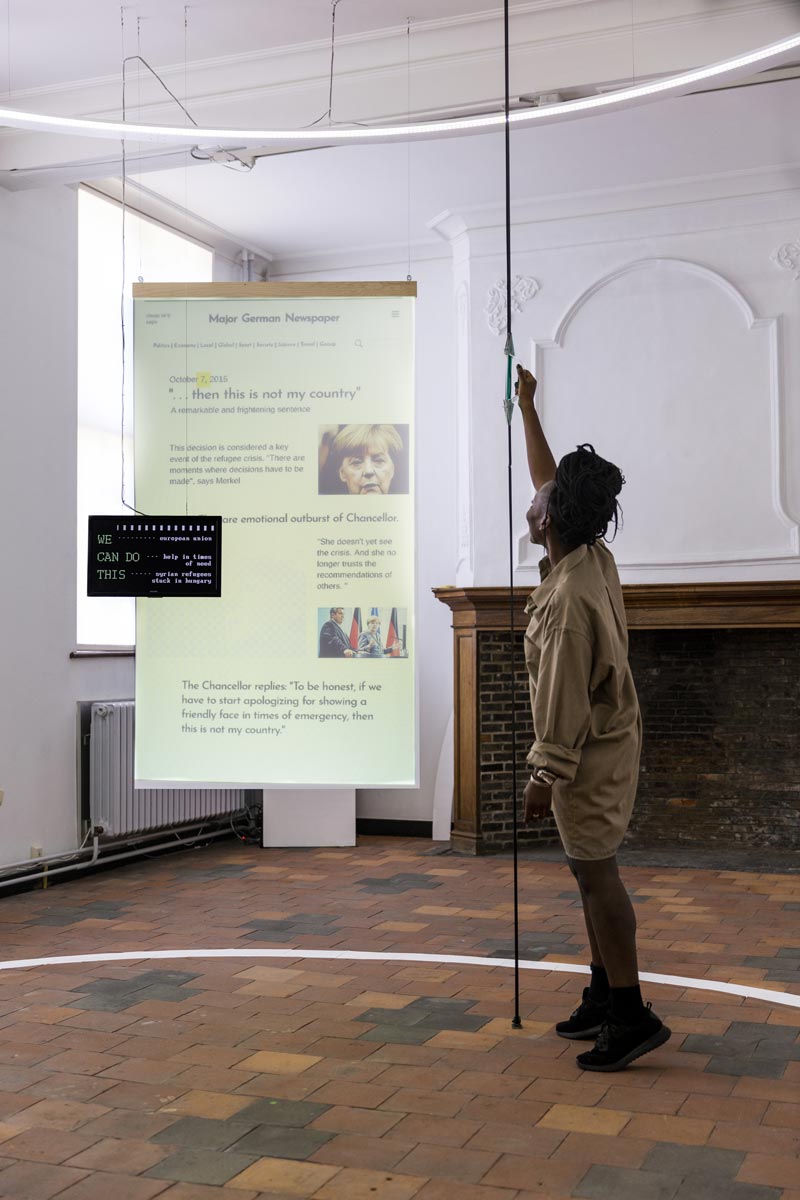